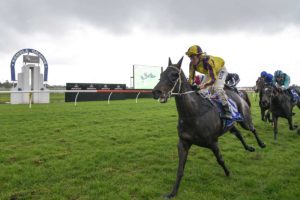 The Directors of The Illawarra Turf Club Limited are pleased to announce that, after a considerable period of time, work is about to commence on the Capital Works associated with the construction and refurbishment of the Club’s training and race tracks.

On Monday, April 29th 2019 mobilisation and work will commence on the first part of the project, namely the construction of the Polytrack training facility.

This part of the Capital Works is anticipated to be finalised in order for the training track to be operational by the end of September.

Following completion of the Polytrack training facility the Club will embark on the next stage which will be the reconstruction of the grass training track. When finished this will become the Race Track until refurbishment of the Course Proper is completed.

The total works will give the Club, our trainers and the industry two working race courses together with sand, grass, and synthetic training facilities.

The Club wishes to thank RacingNSW for their assistance in bringing this project to fruition.

Archives reveal that race meetings were staged by the original Illawarra Turf Club as long ago as 1834 on the site of the present day Wollongong Golf Course, 26 years before racing began at Royal Randwick.

However, early in the twentieth century, Kembla Grange estate, the present site of Kembla Grange Racecourse, was purchased by the Hon. Joseph Carruthers, who designed a course almost identical in size and shape to Randwick.

Numerous organisations have been in charge of racing at Kembla Grange until the present Illawarra Turf Club was formed and conducted its first racemeeting on the 18th December 1976.

Kembla Grange Racecourse was constructed almost identical in size and shape to Randwick Racecourse. The course is 2200m in circumference, 25m in width and has a straight length of 420m, suiting horses that run on strongly.

There’s nothing like a day at the races! As NSW’s premier racecourse south of Sydney, Kembla Grange Racecourse is the perfect blend of charm, sophistication & affordability.